Cryolipolysis was developed in experimental laboratories of America and in 2010 received a license of application to humans by the American FDA. Cryolipolysis is a second generation system, which unlike the first generation machines has more advanced security systems and temperature range in accordance with the approved FDA limits +15 to -9 degrees Celsius.

It was noted that people who live in areas where extreme temperatures, did not accumulate fat cells in their body. So the idea was created for the development of a technology which could cool the fat cells locally and to such an extent so as to destroy them. Our company by breaking ground once again adopted the aesthetic technology of Cryolipolysis with machines of high technology.

These machines provide immediate and visible results from the first time without adverse reactions and with complete safety. So before cooling begins, the second generation Cryolipolysis warms the treatment area so that there is full separation of blood and fat and then the cooling process begins. 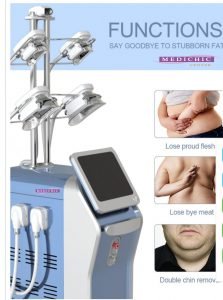 Cryolipolysis unlike other systems has a head with a vacuum system which removes the skinfold to be treated from the vital organs of the human body. In this way the cooling process takes place away from the organs. Thus, together with the frost film placed at the area of treatment the Cryolipolysis provides absolute safe Cryolipolysis.

THE RESULT OF FAT REDUCTION, IS VISIBLE AND CAN BE MEASURED FROM THE VERY FIRST SESSION, UP TO 30% !!! 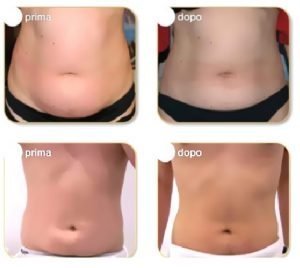 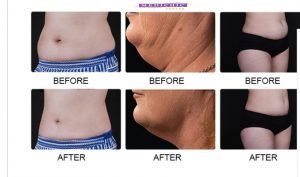